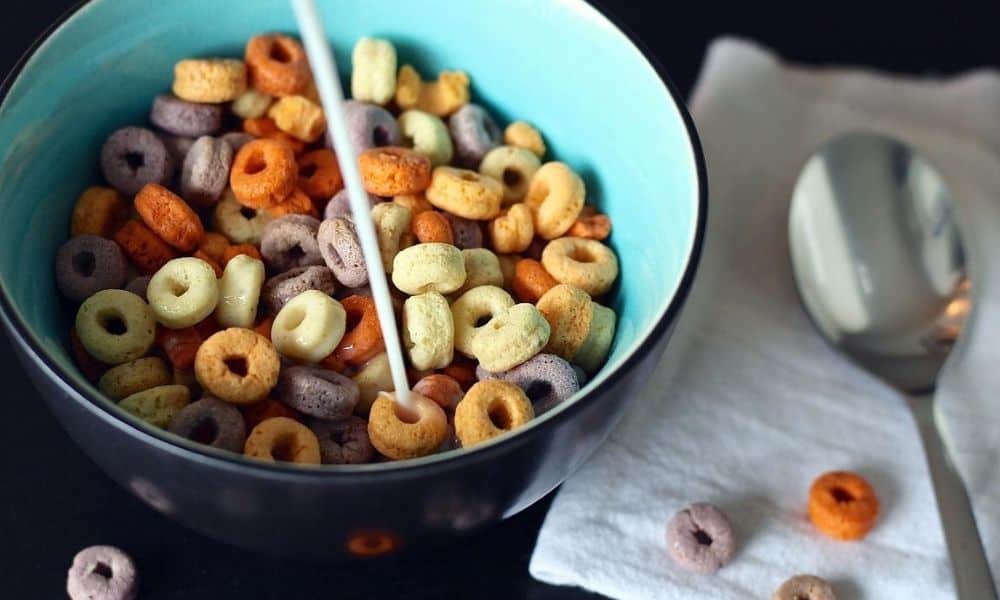 Cheerios are a popular breakfast food throughout the world and are loved by both adults and children alike.

But does this mean that your chinchilla can eat cheerios too? Or are they a breakfast food that should only be reserved for humans.

In this post, we will be taking a close look and discovering if cheerios are safe for chinchillas to eat as well as how many and how often they should eat cheerios.

To help us provide the best resource possible with accurate and up to date information, we will use the research and opinions of nutritionists and veterinary experts so you can be sure you are making the correct decision before feeding your chinchilla cheerios.

So can chinchillas eat cheerios? Chinchillas can eat cheerios but only as a treat from time to time. Cheerios are low in water and high in fibre which is good for chinchillas but also contains unbalanced amounts of other nutrients such as sugar and phosphorus. Overall cheerios are best fed to your chinchilla occasionally in small portions.

To better understand if cheerios are a good choice of food to feed to your chinchilla as a treat, we have shared their most relevant nutritional data below.

This will help you to see the nutrients that cheerios contain and in what quantities.

Take a look at the nutritional information for cheerios below…

Because cheerios are readily available in many homes throughout the world, one of the first questions chinchilla owners ask is if their chin can safely eat a few of these delicious breakfast snacks in their diet.

The answer is, chinchillas can eat cheerios but only in small portions and every now and then as a treat.

For this reason, it’s best to limit the number of cheerios you offer to your chinchilla as they don’t strictly need treats and are more than happy to just eat a plain diet of hay and chinchilla pellets for the most part.

What Is The Healthiest Variety Of Cheerios For My Chinchilla?

With so many varieties of cheerios available, It can be hard to know which ones to choose.

For this reason, we have taken 6 of the most popular varieties and compared them side by side.

This will allow you to quickly understand which variety makes the best choice and which ones you should be staying away from.

The cheerios varieties we have chosen are…original, chocolate, frosted, multigrain and the protein option.

Take a look at the table below…

So what does this all mean? Well, in short, no variety of Cheerios would be considered a perfectly healthy food to feed to your chinchilla.

With this being said, if we had to pick a winner it would be the ‘original’ variety of Cheerios.

When you take a look at the ‘original’ variety, it contains the most protein, most fibre and by far the least sugar with 4.36g per 100g.

When comparing this to some of the other varieties that contain as much as 34.09g of sugar per 100g this is a huge difference especially considering how ill large amounts of sugar can make chinchillas.

You could also possibly feed your chinchilla the multigrain variety of Cheerios as it has a positively balanced ratio of calcium to phosphorus but as a caveat, it does contain much higher amounts of sugar.

As for the other varieties of cheerios, we don’t recommend feeding them to your chin as they simply don’t contain as many health benefits overall as the original variety.

Which variety of Cheerios is the best for my chinchilla?

Which variety of Cheerios is the second best as an alternative?

Are There Any Benefits to Chinchillas Eating Cheerios?

Cheerios Are High In Fibre

The most important nutrient to mention is fibre. Chinchillas require large amounts of fibre in their diet to stay healthy and keep their digestive system in order.

In fact, their GI tract is specialised to digest large amounts of dietary fibre. Source:

As you can see from the table we shared at the beginning of this post, the original variety of cheerios contains 9.4g of fibre per 100g.

This is quite a lot when compared to other fruits and treats such as apples and even dandelion leaves.

Having said this, you shouldn’t feed your chinchilla Cheerios just to increase their fibre intake, as they get the majority of the fire they need through good quality hay.

A high fibre diet is important for many reasons including helping to maintain normal stools and increasing bowel health. Source:

Cheerios Are Low In Water

Another positive to mention about cheerios is that they are low in water/moisture.

As chins are used to a diet of hay that is dry and low in water, eating foods that are high in water can cause them to have digestion problems.

Cheerios are certainly low in water as they only contain 5.13g of water per 100g.

Again, this doesn’t mean that Cheerios are extremely healthy for your chin but it is positive at least.

Are There Negatives to Chinchillas Eating Cheerios?

As we mentioned earlier in this post, cheerios contain unbalanced ratios of certain nutrients that are considered unhealthy for chinchillas.

Cheerios have an unbalanced calcium to phosphorus ratio. This is when there is more phosphorus in the food than there is calcium.

The healthy ratio that is suggested by vets and experts is 1:1 or 2:1. Cheerios contain 401mg of calcium and 481mg of phosphorus per 100g.

This means that this suggested ratio is completely unbalanced as there should be more calcium than phosphorus or at least the same amount of each nutrient.

Having a healthy balance of calcium and phosphorus is hugely important and shouldn’t be overlooked.

If your chinchilla has more phosphorus in their diet than calcium then they can suffer from severe muscle and bone conditions.

At the end of this post, we will share 5 foods that your chinchilla can eat as a treat instead of Cheerios and most of these have healthy calcium to phosphorus ratios.

Alternatively, we have created a guide that shares more treats you can feed your chinchilla, as well as the safe greens and fruits as well as the hay, recommended you offer to your chin.

Like most cereals, Cheerios contain moderate to high amounts of sugar. Source:

As we mentioned earlier in this article, opting for the origin or plain variety as it’s sometimes called is the best way to keep the sugar content in Cheerios down.

Sugar, when served in high volumes can have negative effects for chinchillas.

This is because chinchillas are used to a plain high fibre and low sugar diet and their digestive system is so sensitive to sugars and fats that offering them high amounts of sugar can make them extremely ill.

Other secondary issues such as dental problems and obesity can also become huge problems if sugary treats are offered too often and in large portions.

Now we’ve established that Cheerios are safe to feed to your chinchilla in moderation, the next logical question is…do chinchillas actually like to eat Cheerios?

Well, the answer to that question is yes, chinchillas love Cheerios and will generally eat as many as you put in front of them.

How Often Can I Feed My Chinchilla Cheerios?

As we’ve mentioned numerous times throughout this post, Cheerios are safe for chinchillas to eat but they shouldn’t be food that you feed to your chin too often.

This will depend on how much you are feeding other treats and the more you feed fruits and other teats foods to your chinchilla will mean you should feed Cheerios less often.

Chinchillas shouldn’t have any more than 1 teat offering per day and ideally no more than 3 per week so you can base the amount of time you feed Cheerios to your chinchilla per week around this principle.

How Many Cheerios Should I Feed My Chinchilla?

Another important question that needs answering is how many Cheerios should your chinchilla be allowed to eat in a single serving?

This is important because you can only feed your chin Cheerios occasionally and still cause them problems by offering them excessive portions.

So how many Cheerios should I feed my chinchilla? We recommend that you only feed your chinchilla 1-2 Cheerios per serving.

This might not seem a lot, however, considering how big the Cheerios are compared to the size of your chinchilla this is more than enough, in fact, it’s like offering 2 small doughnuts.

Sticking to this serving size and only offering the Cheerios around once per week as we suggested in the previous section should ensure you don’t get any problems when offering Cheerios to our chin.

How Should I Serve Cheerios For My Chinchilla?

Some treat foods that you offer to your chinchilla will require large amounts of preparation before you can serve them.

Things like sourcing organic options, thoroughly washing and finely chopping foods are all things we commonly suggest with most foods, however, with Cheerios you don’t need to do any of this.

With Cheerios, you can simply take them straight out of the packet and hand them to your chinchilla.

Alternatively, you can put a couple of Cheerios in your chinchilla food bowl or if you’re feeling really creative you can hide one or two of these treats around their cage to allow your chinchilla to have to find them.

This will keep your chin mentally stimulated and active when they are stuck in their cage and is a great way to add an additional benefit to offering treats.

4 Alternative Foods to Feed Your Chinchilla Instead Of Cheerios

It can be so hard to find foods that are safe for your chinchilla outside of their staple diet.

For this reason, we have decided to share a list of 5 foods that you can feed to your chinchilla as a healthy treat.

It’s important to remember that these foods are still only to be offered as treats even though they contain greens and herbs and not to replace staple foods such as hay and chinchilla pellets.

We have also put these 5 foods in a table side by side with Cheerios where you can see their nutritional info side by side and decide which foods you want to offer to your chinchilla.