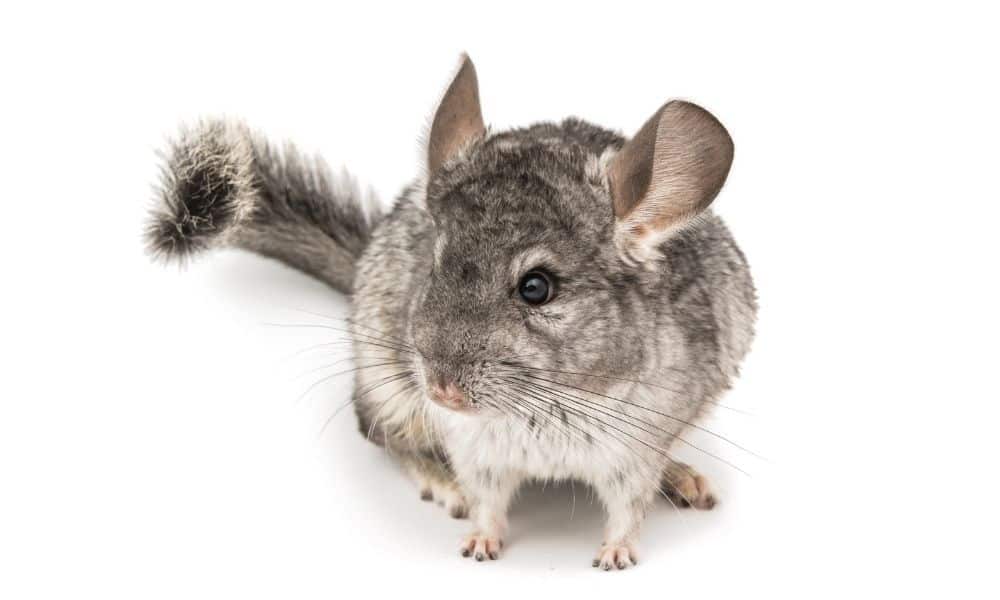 One of the questions we were asked recently was whether Chinchillas were territorial and we felt compelled to delve into this subject a bit deeper and provide you with some more useful information about this trait.

In this post, we will take a deeper look and cover all the different scenarios and situations when a chinchilla could be territorial and also take a look at if there are ways to stop chinchillas from being territorial too.

So, are Chinchillas territorial? Chinchillas can be very territorial. They like their own space and are very aware of what is there’s and what isn’t. It is, however, true that males tend to be much less territorial than females in general. Female Chinchillas are likely to have a boundary that you do not cross.

Chinchillas love their own space, particularly female chins. Males tend to be much more lenient however this will usually vary depending on what mood they are in at any given time.

It’s true to say you can never quite be sure how your Chin will respond to you encroaching on their space, but in general, this type of closeness is not welcome.

Chinchillas do not usually mind if you are in their presence (at a safe distance) however they can often become aggressive if you venture into the confines of their cage at the wrong time.

To a Chinchilla, you have just crossed the line and violated their space. They are very protective over their habitat and sometimes their Chinchillas mates.

Some key examples of when chinchillas may become territorial are:

These are typical examples of when you may be a bit too close for comfort as far as your Chinchilla is concerned and may cause them to become aggressive towards you or in complete contrast on the timid side.

You may now be wondering if chinchillas can bite? And if so how likely are they to bite? We have the surprising truth in our new post here…

Are Male or Female Chinchillas Likely to Be More Territorial?

Without a doubt, female Chinchillas are much more territorial than their male counterparts.

That isn’t to say that male Chinchillas cannot be territorial too however they are likely to be much more chilled out than female Chinchillas with more even temperaments for the most part.

This type of behaviour is pretty normal for Chinchillas and all stems from the wild where female Chins are expected to protect the territory where they find food.

The social structure of Chinchillas in the wild is pretty complex however males have much more freedom to jump from group to group in the wild are not restricted to protect one particular area or social group.

Are Young Chinchillas Territorial With Their Parents?

Baby kits (Chinchillas) are not usually territorial in a conventional way and will not be overly protective of their parents per se.

At such a young age they are still learning the ways of life and for the most part, still, need to be protected themselves by their parents and siblings.

Baby Chins can, however, become slightly territorial before the weaning process begins and whilst they are still feeding on mum.

Kits tend to develop an attachment to a particular teat to feed from and can be very protective over the source of their food.

If another kit tries to feed from the teat they like then they can often become quite territorial.

You can find out exactly when baby chinchillas are weaned in our easy to follow guide that shares all you need to know are an owner.

Are Adult Chinchillas Territorial With Their Children?

Chinchillas can become very territorial over their kits. After all, these are their babies and like with many parents if life their role is to fiercely protect their young at all costs.

Adult Chinchillas can make wonderful parents and will do everything in their power to keep their baby safe and out of harm’s way.

Female Chinchillas play the role of protector over their young far more than males do. It is not uncommon for female Chin’s to become quite aggressive if they feel a threat is present to their baby kits.

Are Chinchillas Territorial With Their Siblings?

Chinchillas, in general, have been known to become territorial over their siblings.

For Chinchillas to be housed together successfully they must learn to share their territory and take the attitude of ‘what’s mine is yours’.

This doesn’t always work well and it is not a given that your Chin siblings will automatically get on.

However, if they do, they are likely to defend each other until the end. This means if one is posed to a threat, the other will become very territorial.

We have just created a new post that shares how many chinchillas are in a litter and how likely they are to survive into adulthood along with the challenges they face.

This usually presents the worst type of territorial behaviour and can often result in aggression and fighting.

Two females that have been housed together and do not necessarily get on are quite possibly the worst combination.

They are not likely to want to share their space with each other which can pose lots of problems.

It is always best to introduce Chinchillas slowly to one another via separate cages first that are in close proximity.

This will give you a good indication of how likely it is they will warm to each other when housed together.

Are Chinchillas Territorial With Other Pets?

Chinchillas are not likely to be so territorial with other pets and there is a very good reason for this.

Other pets are not likely to violate a Chin’s space since they are safely in the confines of their cage.

They may not likely be as happy if a cat or dogs comes right up to the sides of the cage sniffing through the holes, however, they are also fully aware that said animal cannot get within the boundary.

Chinchillas are most territorial when a violation of their space has occurred such as human hands reaching inside the cage or other combinations of Chins all inhabiting the same small space.

Other pets cannot usually get close enough for Chinchillas to warrant territorial behaviour or aggression.

It can take a while however for Chinchillas to get fully used to other pets in the household and you may find at first your Chin is rather timid however eventually they are likely to warm to other pets quite well as long as they are kept at a reasonable distance.

Chins are very curious creatures and may find other pets in the household more intriguing rather than a threat.

Have you ever wondered if your chinchilla can be housed with other pets such as rabbits and guinea pigs?

Find Out If Chinchillas Can Live with Rabbits Here…

Find Out If Chinchillas Can Live With Guinea Pigs Here…

Are Chinchillas Territorial With Their Owners?

It is likely at some point or another your Chinchilla will have become somewhat territorial towards you.

You will inevitably need to violate their space daily to provide more food, change their water and offer a dust bath.

Unfortunately, this means putting your hands into their safe space to carry out these activities.

Over time Chinchillas usually get used to this. This is mostly due to the fact they get comfortable with you being around and understand what it is you are trying to do.

Chins learn pretty quickly that if you are placing your hand in the cage it could involve a tasty snack or enticing dust bath which is always welcome.

Some chinchillas simply don’t like to be handled and this can be for a variety of reasons.

You will find that Chinchillas are less inclined to be territorial with you when they are out of their cage and some owners who have particularly territorial Chinchillas choose to carry out any activities involving the cage whilst their Chin is out for exercise to minimise stress and aggression.

Are Chinchillas Territorial With People They Don’t Know?

It is true to say that a Chinchilla and their owner can form a very close bond which often really surprises people.

Chinchillas get very used to your human scent and the way that you move around them that can often make them feel much more comfortable than if another human were to intervene.

Chinchillas can therefore be very territorial with people they don’t know. The unfamiliar scents and movements put them on edge and where they may feel completely safe with their owner, they may not warm to others quite so well.

This is likely to result in territorial behaviour such as aggression and biting which as the owner you may not experience yourself.

Is It Unhealthy For a Chinchilla to Be Territorial?

Some may see this type of behaviour as unwanted, but for a Chinchilla (particularly females) it is a way of life.

This is a completely natural behaviour and exactly what Chinchillas need to do for survival. It isn’t so unhealthy, but it is completely necessary.

It is important we as humans understand why Chinchillas exhibit this type of behaviour to fully comprehend how necessary territorial behaviour is.

In the wild, Chinchillas must be this way in order to survive. We shouldn’t see this as behaviour as unhealthy or unwanted, but a way of living.

Can You Stop a Chinchilla From Being Territorial?

In reality, there isn’t a way in which we can stop territorial behaviour in Chinchillas and from a very personal point of view I ask ‘why should we even want to prevent this completely natural behaviour in the first place?’.

It is true to say that if you have a particularly territorial, aggressive Chinchilla then daily care can be pretty challenging and therefore you may be looking for a way in which you can manage this better rather than stopping the behaviour completely.

Fortunately, there are some things you can do to try and ease this type of behaviour and get your Chin more in tune with what you need to do.

It is never easy and takes a ton of time and patience, but it is possible to train your Chinchilla to not see you as a threat or danger.

link to How Often Should Chinchillas Have Dust Baths? Guide + Chart

Continue Reading
link to Do Chinchillas Make a Lot of Noise? (The Truth)

One of the questions we hear regularly is concerning the amount of noise Chinchillas make and how disruptive that could be to the home environment.  This is a very valid question and one that should...