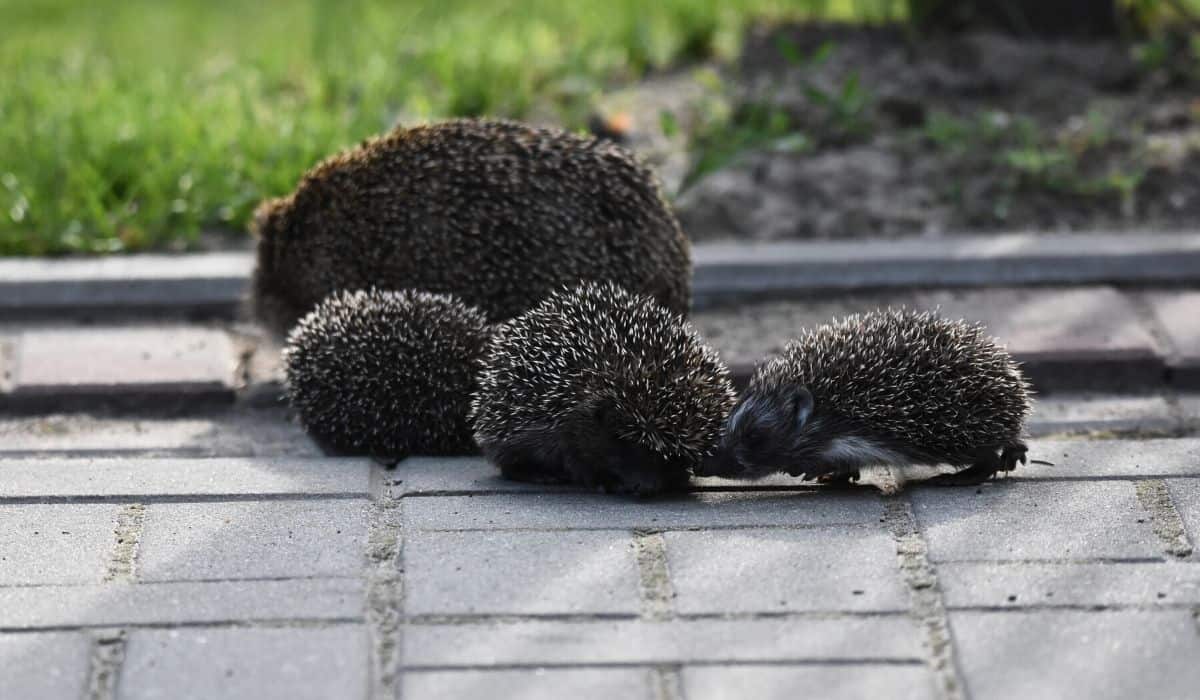 We have researched the work of leading hedgehog care authorities and experts as well as using our own experience to bring you the answers you are looking for.

As we mentioned above, hedgehogs don’t usually live in groups and if you actually saw a group or an ‘array’ of hedgehogs doing this then it would be very uncommon behaviour.

According to the experts at VCA-Hospitals, both males and females are solitary animals.

This means that they love their own company and for the most part, they don’t actually like to be around other hedgehogs.

There are two when this doesn’t stand true, the first is when they are mating and the second is they a mother is bringing up her young.

Apart from these two occasions, hedgehogs much prefer the solitary life both in the wild and in captivity.

Having said this, Wildlifeonline has actually spoken of 2 documented cases where hedgehogs have shared nests.

The first documented report was 3 adult male hedgehogs sleeping in the same nest.

The second report was more interesting as it was 2 adult males sharing with an adult female and 3 hoglets (babies).

This tells us that it’s actually possible that hedgehogs can live together even if it’s only briefly.

It also tells us that this behaviour is very rare as documented reports of nest sharing and hedgehogs living together are almost unheard of.

Do Hedgehogs Live In Groups When They Are Babies?

The only time you are guaranteed to see hedgehogs living in groups is when there are babies under the guidance of their mother.

In the wild, this happens around the months of April to September but the family only live in a group for a few short weeks.

Hedgehogs grow and become independent very quickly and they will be fully weaned and ready to fend for themselves by as little as 6-8 weeks old.

This means that hedgehog families that do actually live together will only do so for an average of around 6 weeks and then all the hoglets will go off to live their own life and aren’t expected to come back and see any of their siblings or mother again.

In captivity, the same rule applies, once the hoglets have learned to fend for themselves they need to be housed separately.

If you have hedgehogs in your garden that are foraging in a group and nesting in a group then it’s almost certain to be a mother looking after her hoglets.

Do Hedgehogs Live In Groups When Hibernating?

When a hedgehog hibernates, they live and sleep on their own over the winter months.

Hedgehogs will build next and dig burrows as well as using disused burrows that other animals have made to keep warm over the winter.

You can learn everything you need to know about how and why hedgehogs burrow in our easy to follow guide in under 4 minutes right here.

They will occasionally wake up and make another nest or burrow and this sometimes means that they can end up ‘nest swapping’.

Amy Haigh reported while studying for her PHD, that hedgehogs in Ireland sometimes swapped nests during hibernation.

She found that two adult male hedgehogs swapped hibernacula on three separate occasions during the winter of 2008/2009.

She also found that an adult female and a young male swapped nests four times in 2009/2010.

By nest swapping, she means that as one hedgehog leaves the nest, the other hedgehog enters the nest shortly after but at no point are the hedgehogs in the nest at the same time.

So what can we take from this? While the hedgehogs don’t actually live together while hibernating, they do sometimes use the same nests as each other as they move around.

Do Hedgehogs Live In Groups In Captivity?

For any hedgehog owner, it can be tempting to house more than one hedgehog in a single cage.

This is actually a very bad idea and something you should never do.

This is backed up by Vetmed, who states that hedgehogs should always be housed separately due to the fact they are naturally solitary animals.

There are also other problems that can occur if you house more than one hedgehog in the same cage.

Hedgehogs are actually very territorial and can become extremely aggressive if they are housed with another hedgehog.

This can then cause tress for both hedgehogs and is something you should avoid.

In short, there are 5 main reasons why hedgehogs should live in groups in captivity, and they are…

Will your hedgehog get lonely all on its own? Well to answer this important question, we have written an article that answers this and gives you a step by step process to keeping your hedgehog happy and mentally stimulated.