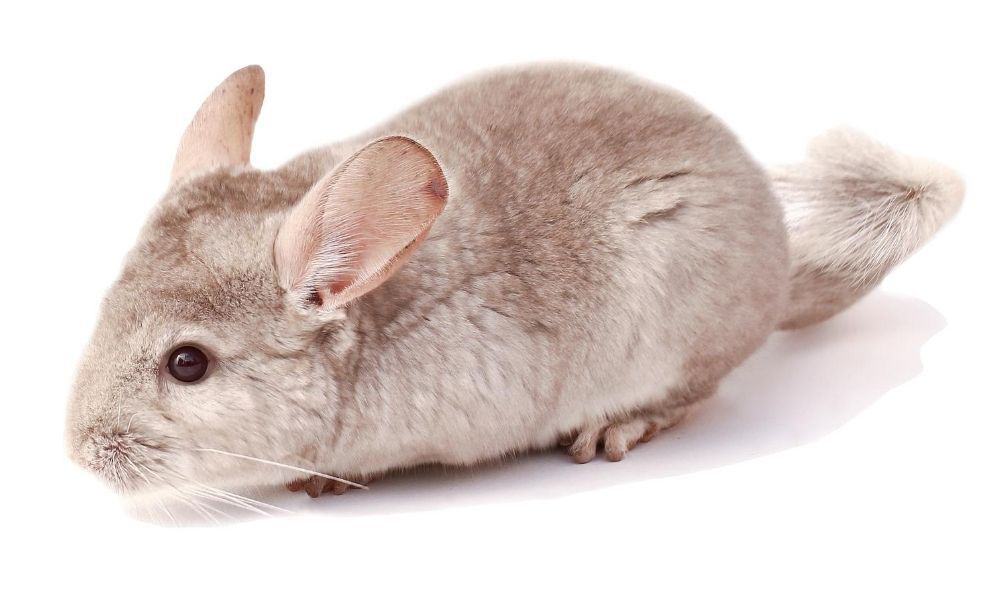 Chinchillas are known to be fast and agile animals but it’s not often known just how fast chinchillas can run?

This is a question that most owners and animal enthusiasts want to know the answer to simply out of interest.

In this post, we will take a look at the facts and breakdown just how fast chinchillas are and if they are fast runners compared to other small animals.

So how fast can chinchillas run? Chinchillas can run at a top speed of 15mph. This is actually considered quite fast when compared to other small animals. It is very rare that chinchillas will run at this top speed and will only usually do so if they feel threatened by a predator.

Read On to Learn…

As well as being cute, chinchillas are known to be extremely agile and fast little animals.

Many experts report that chinchillas are one of the fastest of the domesticated and popular pocket pets that live in homes throughout the world.

The fastest speed recorded by a chinchilla was 15mph according to popular animal reference website A-Z Animals.

When you put this speed together with their size and agility, it’s no wonder that owners find it difficult to catch their chin and put them back in their cage after a period of play time.

How Fast Can Chinchillas Run Compared to Other Pets?

Now that you’ve seen how fast chinchillas can run at top speed, let’s take a look at how they compare with other small animals.

We’ve collected data from other animals that owners are likely to have in their homes, these animals are…

Check out the table below and see who’s the fastest…

Chinchillas Vs Other Animals | Who's The Fastest?

How Fast Are Chinchillas Compared to Other Wild Animals?

Now we know how fast chinchillas are compared to other pocket pets or a similar size, let’s compare them to some other animals.

For this example, we haven’t chosen to compare chinchillas to cheetahs or anything ridiculously fast as this wouldn’t really make an interesting comparison.

Instead, we have chosen to compare them to animals that are of similar speed and some of these animals are much bigger than chinchillas.

Take a look at the table below…

Chinchillas Vs Wild Animals | Who's The Fastest?

How Fast Can Chinchillas Run In The Wild?

It’s highly important for chinchillas to be able to run fast in the wild as this can, in many instances save their lives.

Food this reason, chinchillas can and often do run at their top speed of 15mph in the wild.

In the wild, chinchillas live in the mountain range of the Andes of South America.

This area by nature offers lots of natural predators for chinchillas, which means they are under constant threat.

Their many predators include canines, snakes, felines, skunks and various birds of prey. Source:

Chinchillas usually live in large groups of between 14-100 in order to keep safe.

They will even appoint a lookout to spot potential predators when out of their burrows.

Having the ability to run fast back to the burrow and to safety can often be the difference between life and death in the wild.

If you compare this to a hedgehog, because they are solitary animals and slow runners, they are equipped with the ability to curl up into a ball to protect themselves from predators instead.

How Fast Can Pet Chinchillas Run?

Luckily for domesticated chinchillas, they don’t have any of the stress of being attacked by predators.

This means that the need for them to run at their top speed of 15 mph isn’t really needed as chins won’t really run this fast unless they are scared or intimidated.

Usually, chinchillas will move at a much slower pace as you would expect.

Is It Important For Pet Chinchillas to Fun Fast?

As we mentioned above, pet chinchillas don’t really have a need to run fast.

This doesn’t, however, mean that you shouldn’t provide your chinchilla with an area for them to be able to run.

Time out of the cage is important for any animal and chins are no different.

So even though it’s not highly important for pet chinchillas to be able to run fast, it is important for them to have the space to stretch their legs, burn some calories and get some stimulation outside of the cage and run if they want.

How Can I Provide My Chinchilla With a Place to Run?

If you are looking to provide your chinchilla with a place to run, then there are 3 real ways you can do this.

Time Out Of The Cage

The first and most obvious way to provide your chinchilla with a place to run is to allow them to have the freedom of your home.

This is one of the best ways to allow your chinchilla safe place to run and some exercise.

It’s also great for helping you and your chin to bond as you can play and do many different activities together.

First, there are some things you will want to do in order to make this a success or it could go badly wrong…

Limit Your Chinchilla to Just One Room

It’s important that you only let your chinchilla roam 1 room in your home at a time.

This makes keeping an eye on them much simpler and can greatly reduce the risk of any unwanted scenarios.

Make sure that all doors are closed and your chin can’t sneak from one room to another.

It’s also important to let any other people in your household know that you are letting your chin out of their cage so that they know to keep to the same rules.

Last but not least, make sure that all windows are fully closed as it only takes one window to be slightly open and your chin could be gone for good.

Block Off All Hiding Places

If you can, it’s always best to let your chinchilla out for some exercise and a run in a room that doesn’t have too many items of furniture in it.

This is because they love to hide in and under the smallest of spaces and getting them back out again can be a task if they feel happy there.

Be sure to block off any small areas that they could potentially hide in prior to letting them out of their cage as this could save you lots of time and stress in the future.

Something that’s often overlooked is the need to hide or even wrap any wires in the room in rodent tape.

Chinchillas love to chew wires and they will happily chew threw electric cables in no time at all.

This is obviously bad for your electronics but it’s also bad for your chinchilla as they run the risk of getting an electric shock.

For this reason, it’s important that you either keep all wires out of reach or wrap them in rodent tape.

Chinchillas are natural chewers and will gladly chew through your furniture if you’re not careful.

Chins have been known to chew through kitchen cupboards, sofas, chairs and countless other objects if you don’t keep a close eye on them.

Another way to stop them from doing this is to spray a specially formulated deterrent spray that is designed to keep animals such as chinchillas away from these items.

If all of this sounds like too much hassle, then another option is to grab yourself a chinchilla playpen.

Playpens are larger than the surface area of their cage and will provide your chin with an area to run and get some much-needed exercise.

Of course, offering your chinchilla a full room to roam will certainly provide them with more space and running will be easier but playpens are the next best thing and depending on your situation can be the only option.

The advantage of the playpen is that you can confide your chin to one section of a room where they can’t get to any wires, furniture or unwanted hiding places.

Playpens can also be good temporary cages if you are doing your chin’s weekly cage clean.

Our 3rd option is to provide your chinchilla with an exercise wheel.

If you don’t do this already, then we strongly suggest you do this as it will allow your chin to run and get the exercise they need without having to leave their cage.

This doesn’t mean that you don’t need to give your chinchilla some time out of the cage but it does mean that you can easily give them a great option to run without having to leave their cage.

An exercise wheel is probably the only time when chinchillas will run fast in captivity as they, like many other rodents, seem to love running for long periods on wheels.

It’s important that you get your chinchilla the right sort of wheel though, as they can’t use the same ones as hamsters and hedgehogs.

Using these wheels can result in injury and should be avoided at all costs.

Using a high-quality wheel is also essential as chinchillas are most active at night and low-quality wheels are often noisy.

In our opinion, the best exercise wheels for chinchillas are ‘chin spins’.

Chinchillas are extremely fast and agile animals and they need this ability to keep out of the clutches of predators in the wild.

In captivity, however, the need to run at their top speed of 15mph isn’t really needed anymore.

Having said this, it’s still important to provide chinchillas with a place where they can run and get some exercise which is usually…